Rask up for the mandatory eight-count

Rask up for the mandatory eight-count 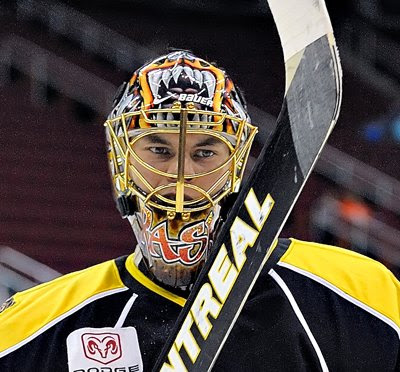 Four games in the next six nights, and six total games remaining for the Boston Bruins before the Olympic break on Feb. 12. Five games are against Eastern Conference teams; three are against Division rivals; and two in the next four nights will be against their most-rivaled Montreal Canadiens.

While the top-5 teams in the Eastern Conference have already separated themselves from the bottom-dwellers, only three points separate the seventh-place Habs [58] with the 12th-place B’s [55]. To say that tonight’s game between the two Original Six teams is “a big one” would be a complete understatement. But to say that this is a “must-win” for the Bruins would be practically spot-on.

The Habs have had some stellar goaltending as of late with Jaroslav Halak [starting tonight] between the pipes. The 24-year-old Slovakian native is 3-1-1 in his last five starts – including a 32-save shutout against the New York Rangers on Jan. 23 – with an astounding .955 save-percentage over that five-game-span. But, Montreal is 1-2-1 in their last four, and have hit the back of the net just six times during that span [Bruins five goals in their last four].

This could be just what the Bruins, and starting net-minder Tuukka Rask, need to snap their seven-game home winless drought [0-6-1] tonight. Their last “home” victory was played at Fenway Park on Jan. 1, with a 2-1 overtime win against the Flyers. But their last home win inside TD Garden was a 4-0 blanking of the Atlanta Thrashers [see: Rask] way back on Dec. 30. The Bruins’ longest home losing streak is 11-games, and their current seven-game losing streak is the longest streak since an 0-5-4-0 stretch from Nov. 28-Dec. 30, 2003.

Rask’s last win was that 18-save shutout against the Thrashers on Dec. 30. The 22-year-old had posted a 7-2-1 record in his 10 starts prior, including the shutout of Atlanta, and racked up a .924 save-percentage during that span.

Since then, Rask has been 0-4-0 in his last four starts – all in January – with a .896 save-percentage. Rask also came in and finished the job in net when Tim Thomas was yanked in three games during the month of January; stopping 30-of-34 shots in relief.

But the reigning Vezina Trophy winner hasn’t fared much better as of late. Thomas is sub .500 with a  13-15-7 overall record including four shutouts on the season, with a pedestrian .914 save-percentage and 2.52 save-percentage. For the month of January, the struggling Thomas has posted a mere 3-6-2 record with a .906 save-percentage, while being pulled in three separate occasions.

Things can’t get any worse for the 12th-place Bruins. With such a crammed schedule from now until the Olympic break, we’ll continue to see the goalies alternating games from here-on-out. But why not give the bulk of the workload to Rask? The Thomas regime last month clearly didn’t work, so maybe Rask can steal a game or two while getting the majority of the nods through the next six games.

It goes without saying, but Boston desperately needs a win. And a victory starting tonight over the seventh-place Habs could catapult this Bruins team from, limping into the Olympic break, to finishing strong with a comfortable playoff spot.